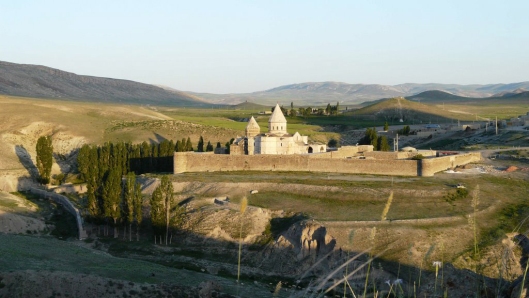 The Saint Thaddeus Monastery, also called Kara kelisa or Qara kelisa, is one of the oldest and most notable Christian monuments of Iran which is located in the mountainous area in West Azarbaijan Province, about 20 kilometers from the town of Maku.

Kara Kelisa carries great significance for the country’s Armenian Orthodox community. Armenians hold that Kara Kelisa is the world’s first church and was constructed in 68 CE by one of the apostles of Prophet Jesus, Saint Thaddeus, who traveled to Armenia, then part of the Persian Empire, to preach the teachings of Christ. The church has damaged  several times and not much appears to remain of the original church, which was extensively rebuilt in 1329 after an earthquake damaged the structure in 1319. Nevertheless, some of the parts surrounding the altar apse date from the 10th century.

Much of the present structure dates from 1811 when Qajar prince Abbas Mirza helped in renovations and repairs. Undertaken by Simeon, Father Superior of the monastery, a large narthex-like western extension was added to the medieval church. This structure exactly duplicates the design of the cathedral at Etchmiadzin. The 19th century additions are from carved sandstone and the older parts are made of black stone and located in the east side of the church. A fortified wall surrounds the church and it’s monastery buildings.

In July 2008, the St. Thaddeus monastery was added to UNESCO’s World Heritage List, along with two other Armenian monuments in the same province: Saint Stepanos Monastery and the chapel of Dzor Dzor.

It is believed that Qara kelisa means black church which is not true. According to the paper entitled “Tati and Harzani, two ancient dialects of the Azeri language” by the Iranian linguist Abdolali Karang (Tabriz – 1954/5), the word “kara” is a derivative of “kaleh” or “kala”, which in the old Harzani language means “large”. This could well explain the meaning of the similar names such as, Karabagh – Large Garden, does look like a huge garden, Karadagh – Large Mountain, is a mountainous region with many large and small mountains and Kara kelisa – Large Church, is indeed the largest religious complex in the area. In the local dialect of the present-day Iranian- village of Gelin-Ghieh, the word used for large is “kala”, and even in Persian the word “kalan” means a large amount, which could have been derived from the same root. 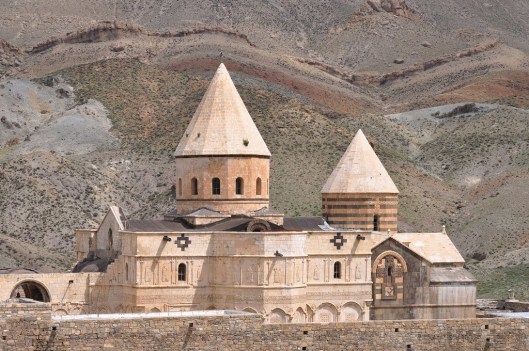 The monastery is visible from a distance because of the massiveness of the church, strongly characterized by the polygonal drums and conical roofs of its two domes.

In the eastern and ancient side of the church that belongs to the 10th century, there is a courtyard and preaching hall on the entrance of which an inscription in Armenian presents some details about the main building and gives an account of the construction of the old and original building.  Photo by: Mauro Sorrenti 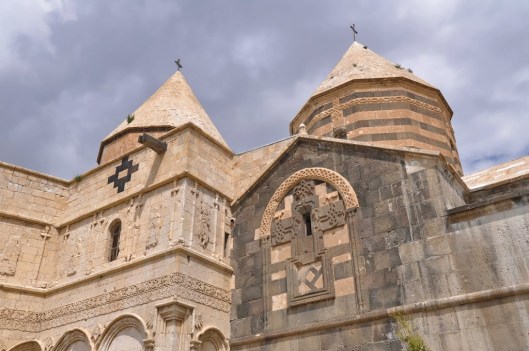 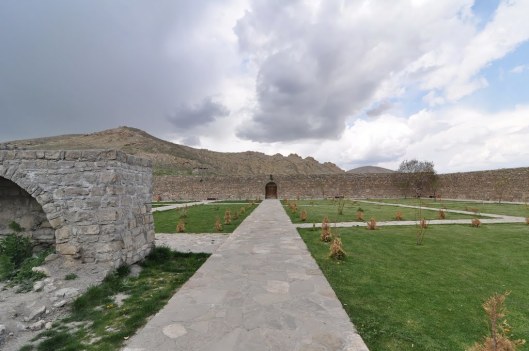 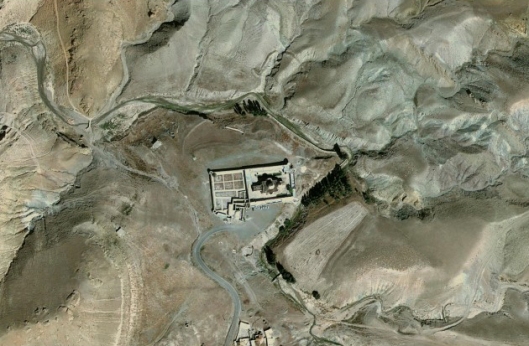 The martydom anniversary of Saint Thaddaeus is a day when special rituals are performed in the church and this place is one of the most important places of worship for the Iranian Armenians. 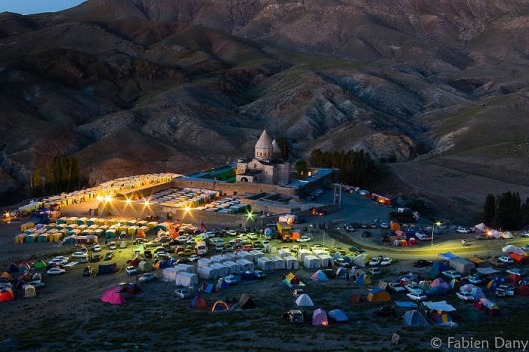 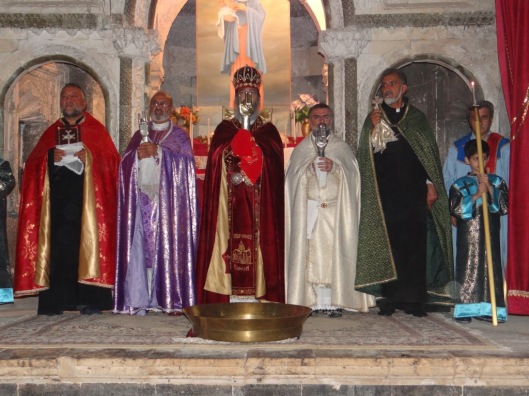 In various interiors and exteriors of the church there are relief exhibits which demonstrate religious meetings, the picture of the saints and the scenes of the historical tales of the holy book along with numerous decorative and ornamental designs, all with great worth and value from the artistic and archaeological point of view. 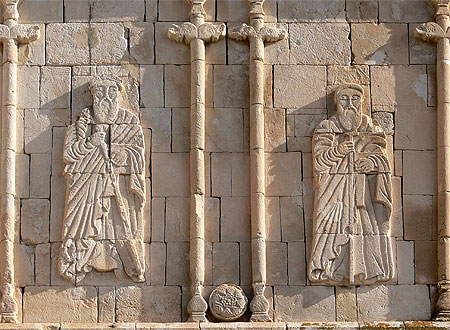 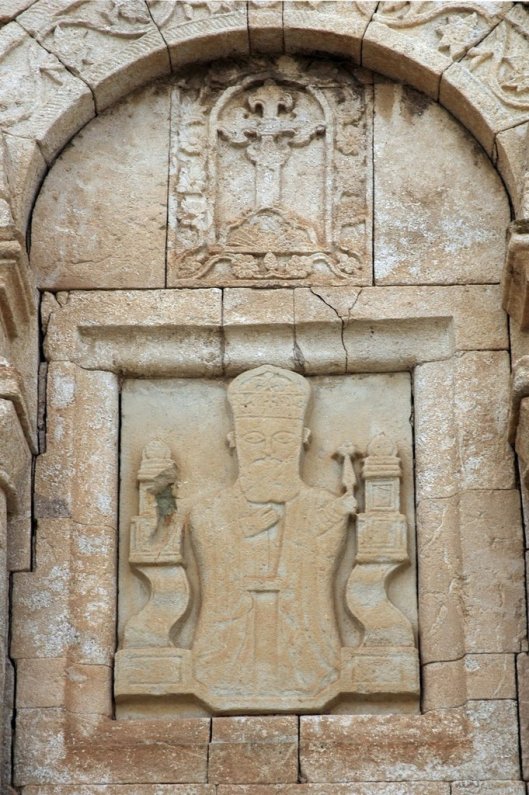 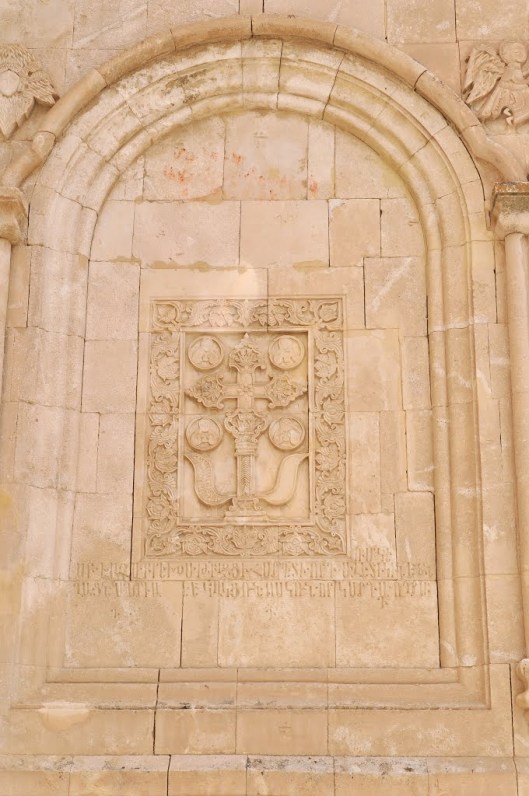 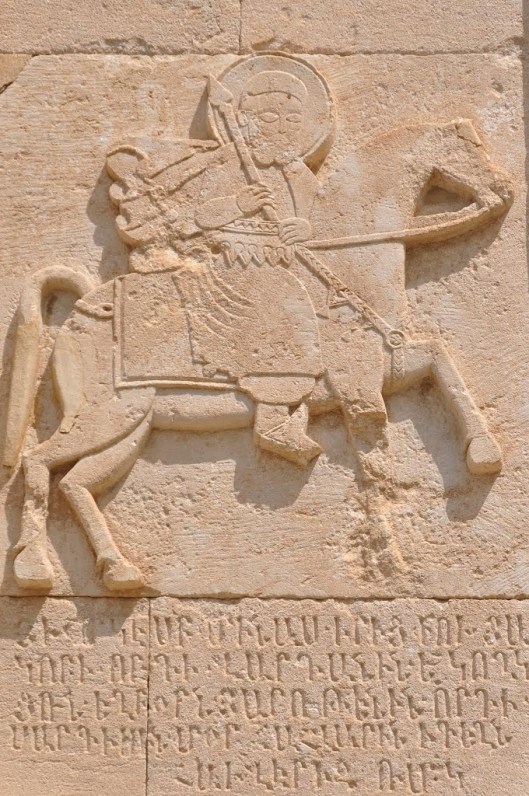 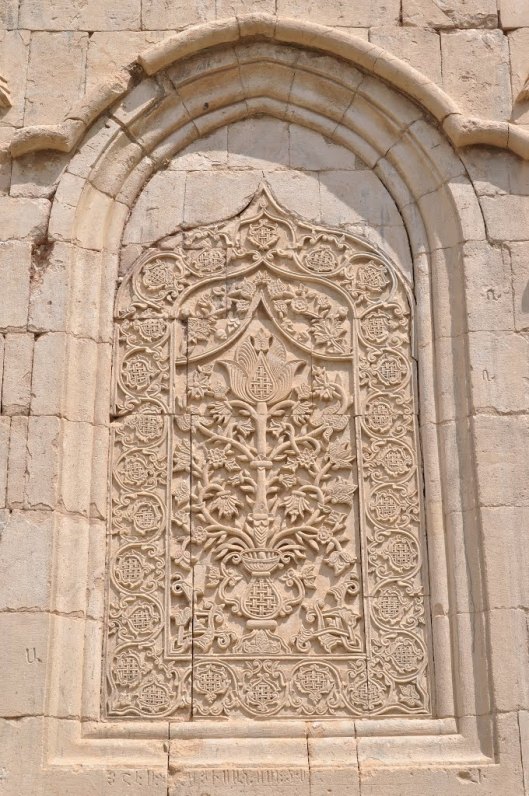 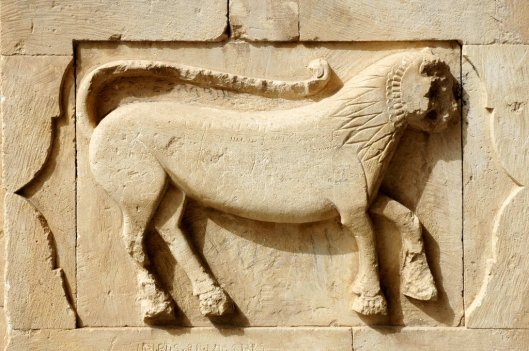 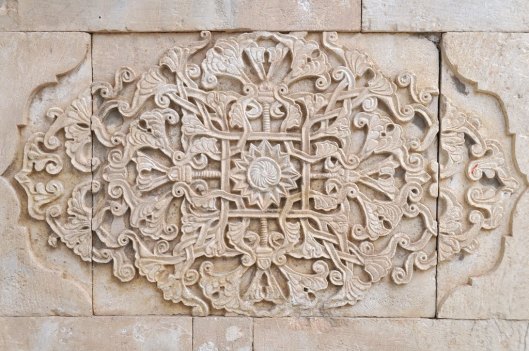 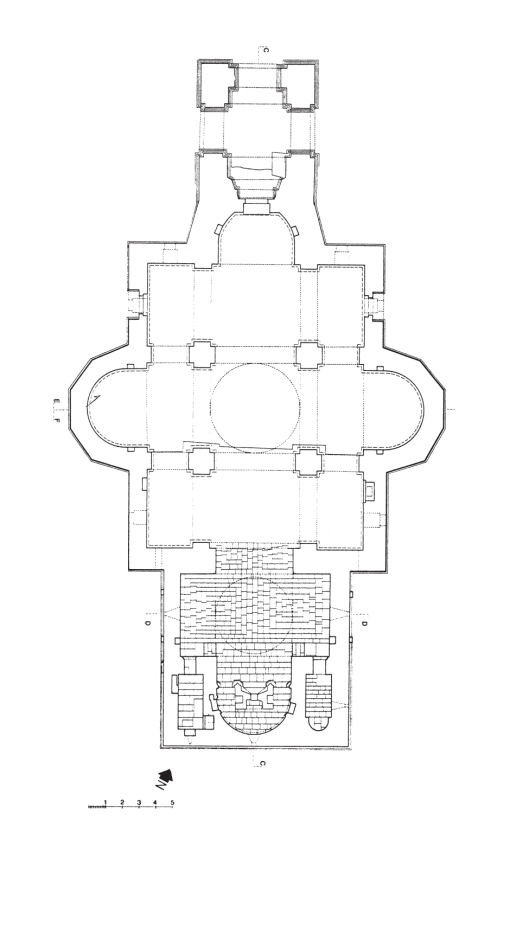 Panoramic photo: outside & inside